Sucre (2,750 m.a.s.l.),the constitutional capital of Bolivia, preserves the essence of its splendid past. People say that in August of 1825, the members of the Deliberating Assembly met in this welcoming Andean village, to proclaim the independence of the country. Declared Cultural Patrimony of the Humanity by UNESCO. Sucre (capital of the department of Chuquisaca) is a small place in perpetual serenity. Inspiring, discreet and wrapped in an intellectuality halo. The city is the haven of the young students of the whole country that are formed in the classrooms of the Universidad Mayor, Real y Pontificia de San Francisco Xavier.

Thanks to its colonial essence and its airs of freedom, to its intellectuality atmosphere and the juvenile impulses of the students. To its old old houses and the remarkable Castle of La Glorieta. To the overwhelming beauty of its landscape and the cordiality of its people. The capital city of Bolivia will always be a temptation for the traveler. 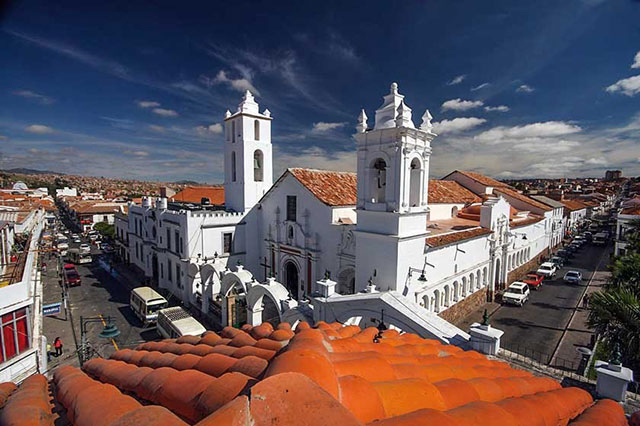